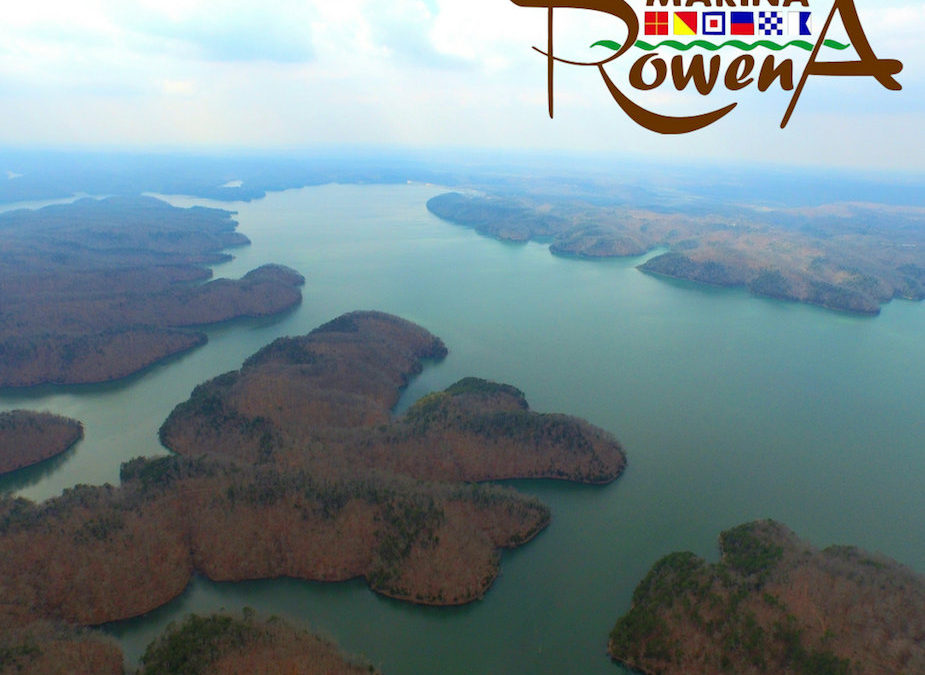 “Rowena” was the name of a community located along the banks of the Cumberland River prior to Lake Cumberland being formed by the construction of Wolf Creek Dam in 1952. The Steamboat “Rowena”, named after this community, made frequent stops at Rowena Landing as it transported goods and people up and down the Cumberland River from Nashville, Tennessee up to Burnside, Kentucky. The Rowena Ferry transported passengers across the river to and from the Rowena community.

Tony Sloan, who began working as a teenager in 1952 at his father’s dock (Grider Hill) on Lake Cumberland, became very familiar with the Army Corps’ Master Plan for Lake Cumberland and was well aware that someday, Rowena Landing South could have a marina developed there. Sloan and his family sold Grider Hill in 2007 after over 60 years in the marina business. Subsequently, the announced Drawdown of Lake Cumberland for Emergency Repairs on Wolf Creek Dam in 2007, created the need for some marinas to be relocated. The Rowena Landing South location was the most desired site for a marina re-location.

Sloan and business partner Tom Allen assisted friend Nancy Mitchell with a proposal to the Army Corps to relocate her business, “London Dock,” to Rowena. However, after the Army Corps denied London Dock’s proposed relocation, public officials, at the local, state and federal levels, encouraged Sloan and Allen to continue their efforts to bring a new marina to the Rowena Landing South Location.

Sloan and Allen persevered through an arduous ten-year application and review process culminating in the U.S. Army Corps of Engineers awarding a 407-acre lease site, for commercial concession purposes, to Marina @ Rowena, LLC on July 5, 2017. Marina @ Rowena is currently under construction at Rowena Landing South where Kentucky Highway 558 ends in the water just one mile north of the Clinton County/Russell County, Kentucky, line. Marina @ Rowena is the first new commercial marina development on Lake Cumberland in over 60 years.